Your browser is not supported!

MS Internet Explorer does not support new web technologies.
In order to view the page correctly, please use any of the browsers below:

Starting from the capital of the country, the company was created based on the experience of the investors in this sector and from the detection of less exploration of the market in the Setúbal peninsula. Expansion tendencies motivated by the both industrial - ex. VW AutoEuropa - and tourist development with a district epicenter in the city that is part of the exclusive and envied Club of the Most Beautiful Bays in the World, to which only three dozen oceanic bays belong, such as S. Francisco in the United States and Mindelo in Cape Verde .

The Setúbal region is served by one of the largest springs in Portugal, and one of the few rivers in Europe that flow from South to North. With special ecological sensitivity, it has the only community of bottlenose dolphins in the country, splendid in their dexterity and adaptability. This same territory presents important dynamism in the automotive sector (industry) including, in the 80s of the last century, the production of the Portuguese brand Sado, a city vehicle almost precursor of the current and successful Smart strengthened by the Daimler Group (Mercedes-Benz, AMG , Fuso, Setra, etc.).

With these mottos, the company emerged precisely under the name Sado complemented by the English word Rent used for the rent a car or car rental, moving in competitive markets, with agility (with a dolphin as its symbol) and energy, seeking its best positioning and business management with companies and individuals.

Service, Assistance, Dedication and Opportunity was therefore the starting motto of SADO Rent, which, with solidity and success, and its Central Services commanded in Lisbon, came to expand precisely in the Lisbon Region and the adjacent regions of Ribatejo and Alentejo. And to the north, more precisely in O' Porto, also began to make its presence known.

Legally it was decided for several years to maintain its registered office in the said city of Costa Azul, allowing, with the IRC - Tax on Corporate Income Tax -, to benefit the local community.

With a dynamic fleet (more than a thousand cars), diversified customers, a hard core of employees, and solid know-how, together with a business vision, Drivalia has earned the trust and recognition of market segments on the West Coast of Europe. Including the repeated distinction as PME Excellence (almost unique in terms of a national rent a car chain) by IAPMEI, I.P. - Agency for Competitiveness and Innovation and for Turismo de Portugal, I.P.

As a result of this successful path, in December 2021 a new stage began: the company was acquired, becoming part of the multinational Leasys Rent, a brand of the great Stellantis automotive group (Peugeot, FIAT, Citroën, Opel, Jeep, Alfa Romeo , Chrysler, Maserati, Dodge,…). About half a year later, in a process of harmonization by the various European countries, in terms of name the name became Drivalia Portugal, S.A. with the rebranding process taking place later.

More than ¼ century old - operating in various segments from corporate to leisure/tourism and having participated in modern concepts such as car sharing and ride sharing/hailing - the company approaches the market with a modern 360° vision of automobile mobility: SADORENT Serving Automobility for Due Optimization. 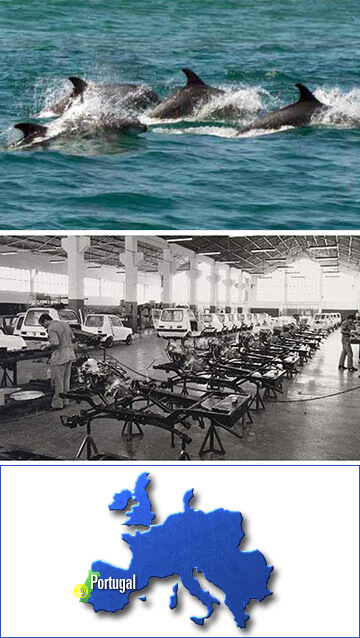